Below is the stone from Bernie's unveiling in 2010. Also shown is a letter from a fan. 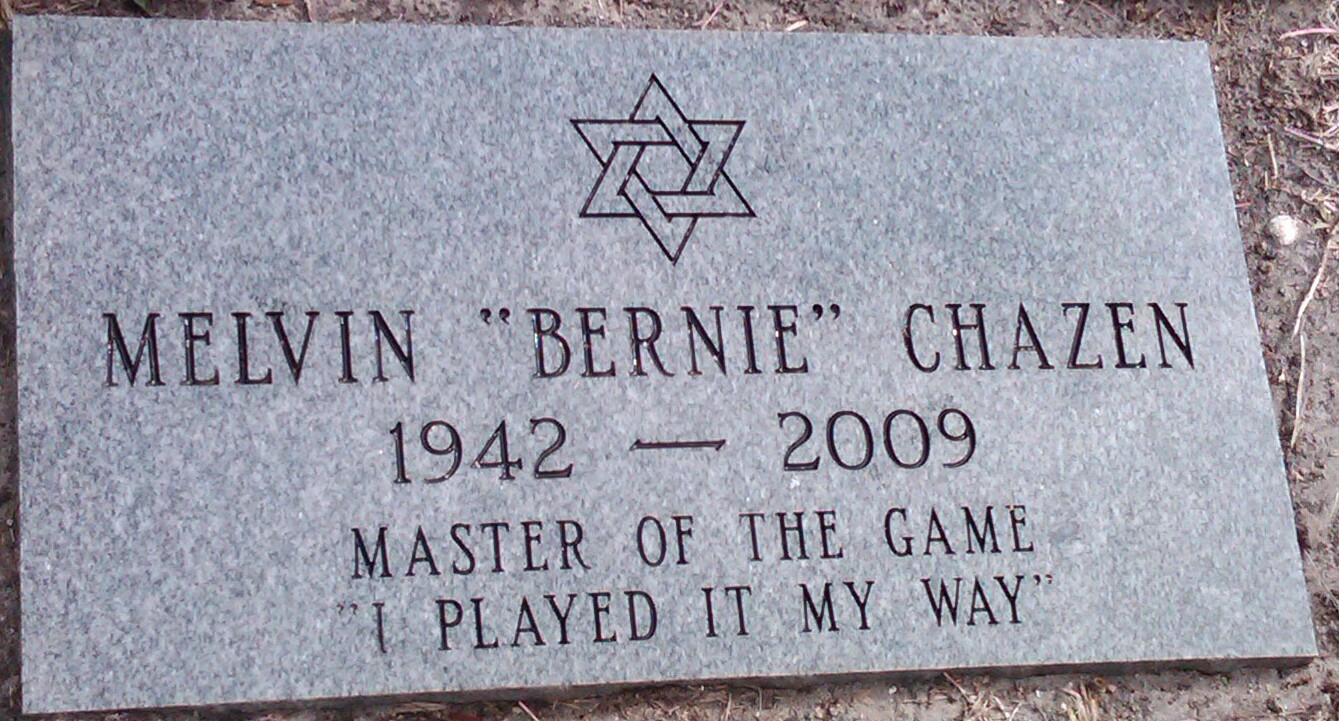 I read with interest your column on Bernie Chazen in this month's District 9 bulletin.

I was one of the fortunate students to have Bernie as a high school teacher at Samuel J. Tilden High School in Brooklyn. It was 1963, and it may have been Bernie's first year of teaching. I was in his honors geometry class, and every class was an adventure - high energy, and challenging. He didn't bother us with minutiae - while he assigned homework regularly, I think he checked it twice all year. I enjoyed him, and the math department, so I became a student worker there through my senior year. I know he was playing bridge then, because I recall being present when he was describing a hand he had defended the previous evening - you could tell that was where his passion was.

I came to Florida a few years ago and took up duplicate after a 30 year hiatus. I saw that Bernie was down here as well, and tried contacting him a couple of times, but was never successful. It would have been nice to tell him that I remembered him, and that I started playing bridge in part because of listening to him talk about it.

Thanks for the article.